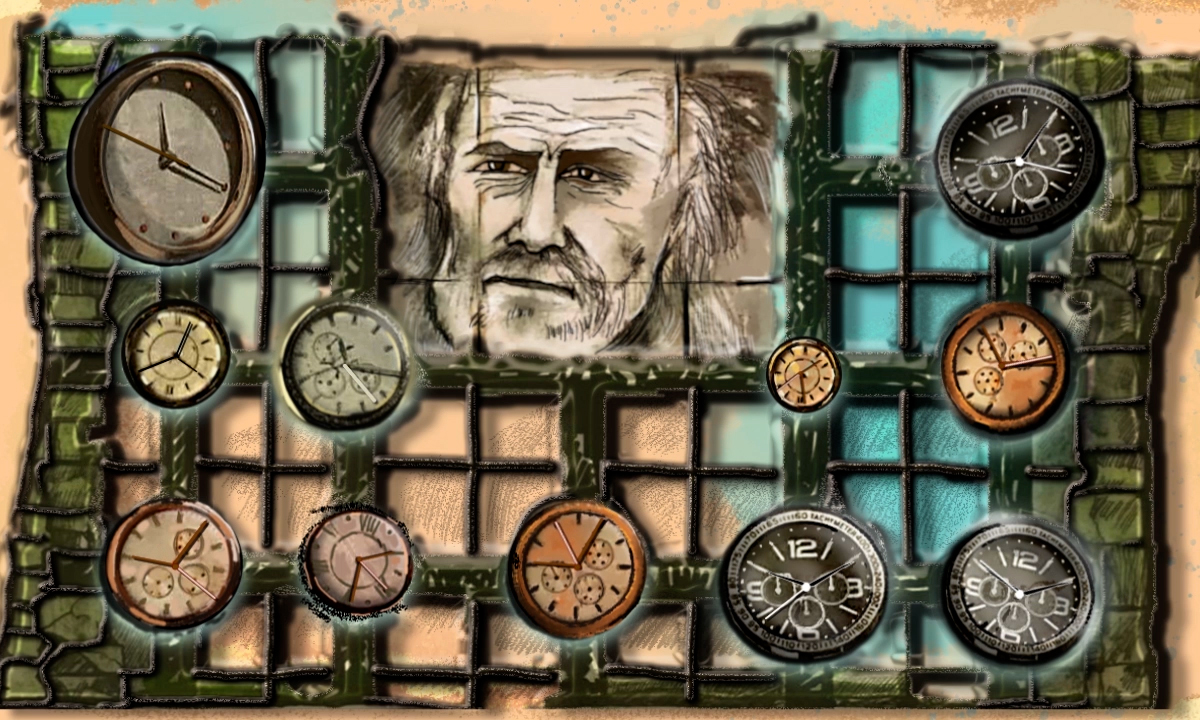 The Unstoppable Undercurrents of Time

Living has yet to be generally recognized as one of the arts, professed Karl De Schweinitz in his insightful 1924 study “The Art of Helping People Out of Trouble.” As a key component to mastering the art of living, De Schweinitz identified the ability to gracefully adjust oneself to life’s unpredictable events and circumstances, which “one after another come towards us.” In fact, half a century later, flexibility and adaptability would be officially identified among the principal 21st Century Skills just as imperative for one’s success as, say, critical thinking and financial literacy.

Man, asserted De Schweinitz, is not born into a world made to fit him like a custom-tailored suit of clothes or a house built to order. He enters a universe that was eons old before his appearance…[an] eternally changing universe that evolves its processes unmindful of his presence. It sets the conditions. It is man who must do the fitting.

Learning to navigate the bumpy roads life inevitably presents has been the overarching theme of another astute mind and contemporary of De Schweinitz—that of German novelist Erich Maria Remarque (1898-1970). Echoing voices from his own personal experiences, the works of the renowned author and pacifist built a compelling case for one’s ability to remain flexible in an ever-morphing, ever-threatening world without losing his astonishment for its beauty, however ephemeral. In fact, it is precisely this painful realization that each and every one of our human experiences come with an expiration date that makes Remarque’s writing one of the most unconventional invitations to being alive.

Regret is the most useless thing in the world. One cannot recall anything. And one cannot rectify anything. Otherwise we would all be saints. Life did not intend to make us perfect. Whoever is perfect belongs in a museum.
Arch of Triumph

It’s been roughly fourteen months since the World Health Organization declared COVID-19 a global pandemic. One year later, the world is still grappling with this uniquely problematic virus and its many unknowns. I myself—a rather good swimmer—eventually got swept by the third wave of coronavirus; double pneumonia, hospitalization, and all. Here I was—quarantined in our beautiful Bulgarian cottage with my mother and four cats, and an ocean away from the rest of my family whom I missed terribly, with nothing to do but practice gratitude while admiring the blooming trees in the garden and reading whatever our home library had to offer. I chose Remarque.

In recalling some of Remarque’s  major works I fell in love with in my early twenties (ah, the psychologically convoluted characters swept by events they have little to no power over, the ever-doomed romance, the ritualistic nocturnal consumption of calvados or whiskey or brandy or wine or any liqueur really, and, of course, the melancholy reflections of life and the passage of time!), I could not overlook his acute relevance in the context of our time’s obsessive quest for perfection and lasting happiness — which are but self-deceptions, as this pandemic has reminded us once again.

Because what else are we if not imperfect beings operating in a rather imperfect world? Balancing on the tightrope of life right above the abyss. Making difficult choices often with unknown outcomes. We fall. We fight. We rise. We inevitably fall again. We bounce back and fight once more. And so it goes, on and on. I can’t help but think (keeping in mind the imperfect beings we humans are): struggling as we do to find balance in an imperfect world, perhaps we should cease trying to be lastingly happy altogether and aim just to be.

This clash between man’s expectations and experience was beautifully expressed just a few years ago by one of the most exciting characters in television’s recent history, the mythological Viking Ragnar Lothbrok. Echoing voices from all of Remarque’s leading men and women, Travis Fimmel’s character articulates the essential difference between chasing chimeras in the conditional what if and tackling life with all its complexities (and yes, mandatory turmoils) by being present in the now; a distinction we often miss, fixated as we are on the semantics of life rather than its syntax.

What does happiness mean, anyway? Is there any strict definition that we can apply to this convoluted life of ours? Perhaps some equation we can use to quantify happiness? Or should we concur that in real life, unlike in theory, two plus two always equals five?

Perhaps, happiness means to dance above the abyss.
Heaven Has no Favorites

With his infallible ability to capture and chronicle life’s nuances, Erich Maria Remarque would map the uneven terrain of men’s arduous quest for meaning. The author himself was a man of not a few contrasts in his own storied life, marked and accentuated as it was by an impoverished childhood, the loss of loved ones, two devastating world wars (he was badly wounded in the first one and prosecuted during the second), extravagant habits, a plethora of affairs and heartbreaks, all mixed with sudden bouts of deep depression. And yet, Remarque would manage to retain his integrity and appreciation of life, a living testament to his own wisdom that leads us to believe “the miracle is always waiting for us somewhere around the corner of despair.”

Remarque in a Nutshell

Born Erich Paul Remark on June 22, 1898, in Osnabrück, Germany, he was the third out of four children in a lower-middle-class family. The young Remarque, a gifted pianist, would give piano lessons to afford books and other necessities. An avid reader from his early years, Erich was particularly influenced by Dostoevsky, Goethe, and Stefan Zweig. At sixteen, he would already craft poems and essays.

When World War I loomed, the eighteen-year-old Remarque, a student at the University of Munster, was drafted into the military and sent to the Western front along with his peers. There he would eventually suffer from shrapnel wounds, injuries that took him away from the front (he would use the recovery time to write his first novel and compose music to poetry of his choice). The damage he sustained from the injury would effectively put an end to Remarque’s dreams of becoming a great concert pianist. This fact, along with the bereavement over the passing of his beloved mother (who died of cancer the previous year), would throw him into a state of depression, the frequent companion of many geniuses. Still, as we are continuously reminded throughout our lives, getting lost is often the best way to wind up exactly where we are supposed to be. Determined to find a way to make ends meet and improve his living conditions, Remarque would go on to work as a journalist, salesman, musician, and race-car driver, among others – all experiences he would draw from in his future novels…