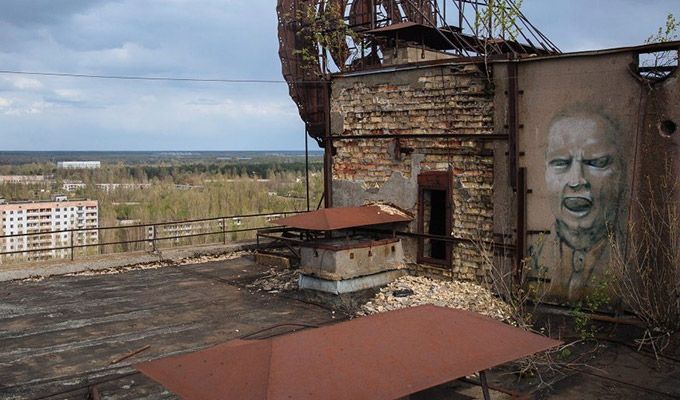 I don’t know what I should talk about—about death or about love? Or are they the same? Which one should I talk about? We were newlyweds. We still walked around holding hands, even if we were just going to the store. I would say to him, “I love you.” But I didn’t know then how much. I had no idea…

Thus begins the narration of voice number one, belonging to Lyudmilla Ignatenko, wife of deceased fireman Vasily Ignatenko. Her story is entitled “The Lone Human Voice.” It is followed by the voices of civilians, and then by the voices of soldiers, a liquidator, an evacuee, a former chief engineer of the Institute for Nuclear Energy of the Belorussian Academy of Sciences, an environmental inspector, a photographer, a former First Secretary of a regional party committee, and finally – the head of the Mogilev Women’s Committee for the Children of Chernobyl.

These are the Voices from Chernobyl: The Oral History of a Nuclear Disaster, a collection of multiple personal memoirs of a very tragic series of events, recorded and masterfully rendered by the 2015 Nobel Prize Winner in Literature, Svetlana Alexievich. Material from her book was later used in the hit miniseries Chernobyl (2019, HBO).

This year we mark 36 years since the biggest nuclear catastrophe in human history — the near-apocalyptic disaster that was Chernobyl. Events such as this shift time and reshape the contours of the world as we know it, and thus must never be forgotten.

On 26 of April, 1986 a reactor in the Chernobyl Nuclear Power Plant broke down, causing explosions and the spread of fire. For thirty-six hours Moscow kept quiet about the incident, all the while an immense cloud of radioactive dust gradually strayed through parts of the former USSR, Germany, Austria, Switzerland, Romania, Bulgaria, Italy, France, Belgium, Sweden, Poland, Great Britain, the Netherlands, Turkey, Kuwait, Israel, Japan, India, finally reaching on May 5 the United States and Canada.

While Moscow officials and KGB intelligence attempted to find the responsible party and how best to spin news of the events in the midst of the Cold War (during the immediate aftermath many notions were entertained: some believed western intelligence services could somehow be involved… or socialist saboteurs… or that the events were directly related to internal negligence or incompetence), local firemen and soldiers were dispatched to the plant without being given accurate information and proper instruction.

As they rushed in, they could not have known their actions in the days to follow would lead to certain, agonizing  death. That the event portended the death of doctors, nurses, and the sanitizing crew treating them after the explosion. That another 800,000 or so liquidators and civilians would be exposed to high doses of radiation and many of them, in the months and years to come, would fall ill. That three decades after the catastrophe the people of Belarus, Eastern Europe in general, and indeed the world, would still be counting casualties.

Stories worth knowing at the end of the day are tales such as these, in which real lives have been profoundly transformed, testing the boundaries of humanness and humanity. Narratives that do not simply force us to ask “Who are we and what does all of this mean?” but which, having become a sanctuary of remembrance, forever attest to the existence of those lone human voices, deliberately forgotten and aching to be heard and acknowledged.  Voices echoing from a point in time we cannot fully apprehend and yet time that contains and conjoins us all—be it via radioactive particles that travel in the air for a hundred thousand years, or through fragments of words and expressions that reverberate inside us long after we have turned the page.

These are the voices worth hearing and remembering, perhaps now more than ever.

This fact is why the 2015 laureate for the Nobel Prize in Literature was not, as many expected, Haruki Murakami, but instead the Belorussian investigative journalist and war chronicler Svetlana Alexievich. In the words of the judges, Alexievich was able to create a written “monument to suffering and courage in our time.” More importantly, she redefines the literary genre hierarchy by placing the authentic “lone human voice” on the front seat of world literature.

When I walk down the street and catch words, phrases, and exclamations, I always think – how many novels disappear without a trace! Disappear into darkness. We haven’t been able to capture the conversational side of human life for literature. We don’t appreciate it, we aren’t surprised or delighted by it. But it fascinates me, and has made me its captive. I love how humans talk… I love the lone human voice. It is my greatest love and passion.
– Alexievich (Nobel Prize Lecture)

In her distinctive polyphonic style of writing, Alexievich flawlessly documents the experiences of the body. But more specifically, the suffering body. The deformed, the burnt, the asymmetrical, metamorphosing body. The once strong, vital, attractive body, which, having been exposed to incompatible doses of radiation, is gradually mutating before one’s eyes, until that point when it has lost all of its human contours and function. Concerned with the almost obsessive necessity to depict in detail the illness of the body, Alexievich’s book would covertly speak of the human soul. “I’m interested in the history of the soul,” admits the journalist in her Nobel Lecture of immense potency. “The everyday life of the soul, the things that the big picture of history usually omits, or disdains. I work with missing history.” The detailed description of the suffering human body—and therein lies the genius of the writer—is the most profound way to illuminate the suffering human soul.

Comprised of interviews in the form of monologues, the book finally gives voice to all those men and women whose lives were intentionally swept under the historical carpet by Soviet propaganda and militarism. Svetlana Alexievich reinstates them all, syllable by syllable, sound by sound, voice by voice. For the first time speak the witnesses. The faceless. The lost children of their time. Their memoirs thaw our frozen collective consciousness as if our minds were slabs of meat embedded in permafrost—slowly and thoroughly, as though first submerging it under cold water to penetrate the initial layers and then cutting through with a firm tool to lever the various pieces apart.

As we re-live the explosion time and time again from different perspectives, we no longer feel detached from these events by geographic borders or generational disparity. Our own cells become fueled by someone else’s intense feelings, beyond the rationale of the mind. Feelings ranging from sheer horror, to fear, to outrage, to uncertainty, forcing us to reflect on the ultimate existential problem of what it means to be human in the face of overwhelming mass suffering. It is in this realm of powerful and personal emotions that we are constantly tempted to condemn the obvious criminals… only to realize that perhaps the one obvious criminal is a rotten ideological system that would rather sacrifice the lives of thousands when faced with the imminent danger to compromise its seemingly powerful and flawless image.

Analyzed and often misunderstood, Alexievch has been criticized for mistaking the documentary with art. With her gift for impeccable expression, the journalist defends her choice of artistic weapon, arguing that the morphing of genres may be the way forward:

I am often told, even now, that what I write isn’t literature, it’s a document. What is literature today? Who can answer that question? We live faster than ever before. Content ruptures form. Breaks and changes it. Everything overflows its banks: music, painting – even words in documents escape the boundaries of the document. There are no borders between fact and fabrication, one flows into the other. Witnesses are not impartial. In telling a story, humans create, they wrestle time like a sculptor does marble.
– Alexievich (Nobel Prize Lecture)

While waiting for the 2022 Nobel Prize in Literature to be awarded, do read Voices from Chernobyl: The Oral History of a Nuclear Disaster. Read it carefully and mindfully. Be prepared to be shaken and somewhat altered by its emotional power. Why should all this matter more than 30 years later?, one may ask. Because Chernobyl is an occurrence that we still do not understand fully. And perhaps, just perhaps, as the author herself cautions: Chernobyl only now begins.