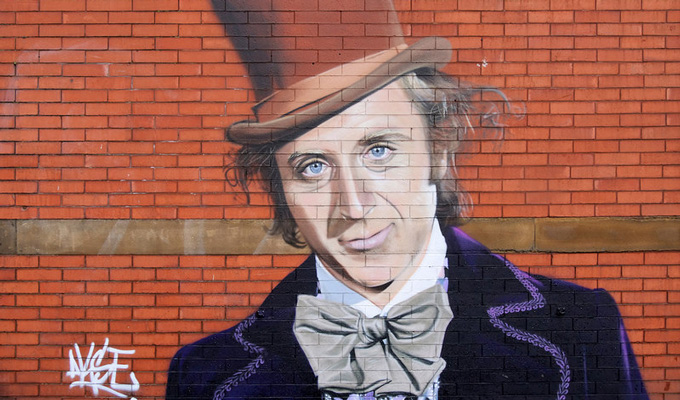 Roles are known to consume some actors. For instance, Jeremy Brett, who played Sherlock Holmes in the 1984 Granada series, was overcome by the role, so much so that at times the obsessive characteristics of the fictional character and the real-life Brett would overlap.

In Willy Wonka and the Chocolate Factory, the 1971 film, Gene Wilder plays Willy Wonka, an eccentric and reclusive chocolate maker who is attempting to pass the torch to a younger version of himself, thus securing his legacy. Wilder’s performance captures the inner depth of emotion in Wonka masterfully.

The role was probably not Wilder’s favorite, but the character, clearly, was very close to his heart. And in many ways, he seems to have understood the character just as well, if not better, than Roald Dahl himself, the author of the famous tale Charlie and the Chocolate Factory, on which the famous film is based.

It was Gene Wilder, after all, who decided a better introduction for Wonka would have the chocolate maker walk slowly out of the factory with a cane, as if he were crippled, and then suddenly leave the cane embedded in the cobblestones while doing a somersault before bounding energetically to his feet. It is one of the most memorable scenes in all of cinema, and it was wholly imagined by Wilder.

As a young boy, I wanted to be Willy Wonka (who I could not disassociate from Wilder’s performance), or at least grow up to be someone like him. I was mesmerized by the chocolate maker’s independence, originality, his refusal to conform, and his ability to go against exaggerated cultural reactions to commercialism, not to mention his stark individualism.

These characteristics, by the way, were all ones Wilder championed throughout his life.

And there was just something so arresting about the way Wilder played Wonka – an intensity and naturalness that seemed a part of him. The performance had a lasting impact on me and has stuck with me now, some several decades into my adulthood.

In Wilder’s Wonka, as in Dahl’s, there is rebellious wisdom embedded into the character, and the interesting thing about Wonka is that his eccentricities do not seem all that, well, eccentric. Oh, the characters in both the book and the movie think he is bonkers. But to everyone else watching or reading and observing, as it were, from the periphery, Wonka is the guiding voice of reason.

And therein lays the genius of the character. As eccentric as Wonka is, it is the so-called normal people all around—consumed and spoiled as they are by greed and desire and excess— that make the reclusive and misunderstood Wonka the voice of reason. Wonka’s peculiarities are simply a reaction to a world in which goodness is the exception, rather than the norm.

Wonka is tied irrevocably to his company and his creations, and his brilliance trickles down to the production of the facility. The factory, truly, is Wonka’s kingdom, where he formulates his recipes, coming up with one astounding creation after the next. Here, alone and secluded, Wonka proves there is little he can’t do with chocolate, and nothing is impossible where sweets and sugar are concerned.

It is also where he hides. He hides because the world outside is mad, filled with people who care for nothing other than their own petty desires, those who steal and cheat and bribe in order to get what they want rather than relying on their own inborn talents and abilities. In this world, it is nearly impossible to fathom how innocent Charlie Bucket, the young hero of the story, can get ahead. Instead, he needs the help of someone who has already broken his back upon the world and thereby decided the best way around is to circumvent the system, to shoot past the would-be thieves and social climbers clamoring for his recipes. Charlie needs a proffered hand holding within it a golden ticket. Charlie needs Willy Wonka.

At this point, one can imagine a young Wonka: naïve, inexperienced, his only desire to make excellent chocolate bars and bring a sliver of happiness into the world. And this he does, after pouring his heart into the effort. But the effort takes its toll and slowly, Wonka, just as Wilder himself did, closes in on himself. Realizing that his chocolate and candy recipes are being pilfered, that there are dangers in baring one’s heart to the world and revealing to all those things most precious and personal. Wilder was most assuredly aware of these dangers – and seems to have actively encouraged others to be aware of them as well. According to Peter Ostrum, who played Charlie Bucket in the film, Wilder told him to be wary of the entertainment business. Ostrum took Wilder’s words to heart. Instead of an actor, he became a practicing veterinarian. Playing Charlie would be his only role in the film, but he remained life-long friends with Wilder.

In his later years Wilder, Like Wonka, would show himself only rarely in public, preferring instead to focus on his books and other projects. He refused to reveal his ailments and the onset of Alzheimer’s, not out of vanity, but because the children of today admire and look up to him (just as I did when I was a child), and think of him as Willy Wonka the candy man, and he refused to take even one more smile away from the world than was necessary. I can’t help but think there was a fair bit of Wonka in Wilder; that, in contrast to many of his other famous roles, he was playing a version of himself.