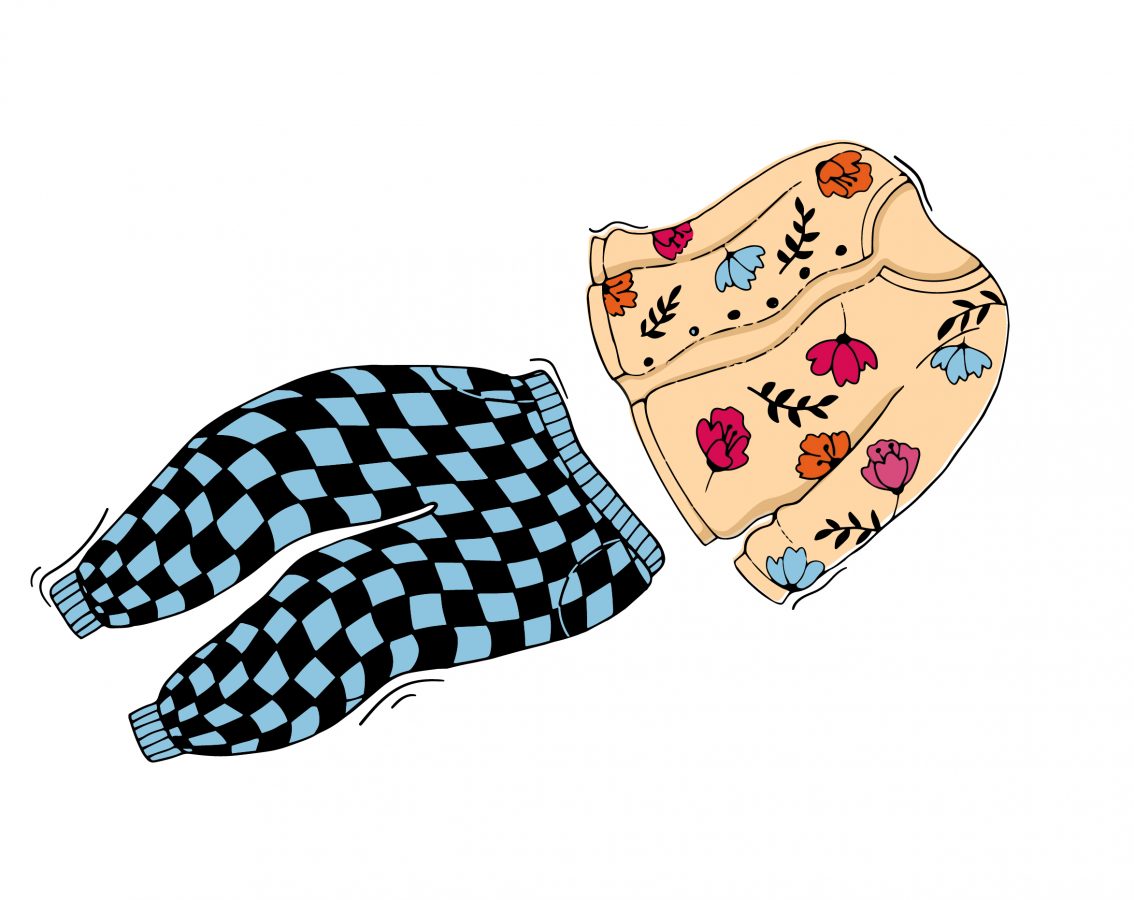 “I’m not that kind of person,” Fede says calmly.

I sigh, the kind of sigh that’s exaggerated juuuust loud enough so the person on the other end knows you’re annoyed. I’m not sure if hearing I’m not that kind of person as a response has always bothered me, or if it’s something to which I’ve adopted an aversion to ever since my relationship with Fede. He says it often. I’ve been with Fede for a year in a half, and when I remind him that I enjoy the romantic gesture every now and then, he reminds me that he’s “not that kind of person.”

“I’m not the kind of person who believes in doing the dishes right away, but I do them. For you.”

Fede furrows his brow. He does this when he’s concentrating. “No. I don’t understand.”

“I like to let the dishes soak for an hour. Or three. Sometimes a day.” Fede shakes his head. He’s still not getting it.

“I suggest that you do something sweet because we’re in quarantine, and I’m stuck inside and some days are hard and I feel a little overwhelmed, and you say, ‘I’m not that kind of person.’ What is that? We do things for other people. We drive our grandmas to their hair appointments. We mow the grass for our parents. We go to our cousin’s lame birthday dinner. Hopefully, we want to do these things, but sometimes we do them because we know it would make the other person happy.”

“That’s a pretty big leap.” Fede is what I call a perpetual leaper. It’s not quite the same as an exaggerator. Same ballpark, sure, but a leaper hears something that is not being said, and an exaggerator bends the truth.

“I really didn’t.” I faceplant into a pillow and dramatically wrap the ends of the pillowcase around my cheeks. To be fair, it’s not solely due to this conversation. Sure, I find it annoying, but like I said we’re in quarantine. It’s day fifty-friggin-four of the Covid-19 lockdown. I’m in Rome, Italy, and we’ve been staying at Fede’s parents’ house for sixty days. I don’t want to be at my own home for sixty days straight, much less someone else’s. We haven’t left the gated yard in sixty days. No walks around the block. No grocery store runs. Zero. Zilch. Nada. Fede’s immune system is compromised, so it’s not deemed safe. His parents are seniors, so it’s not deemed safe. I don’t have an international license to go on any errands, nor can I drive a stick, which is the only car available, so again, it’s just not deemed safe to leave these premises.

I’ve started imagining things like the quarantine was actually over but we still never left, and eventually, Stephen King would just Kathy Bates the misery out of me.

Because in Italy, you simply can’t leave your house. There’s no perusing or strolling. You can’t go to the gym or to the coffee bar or take a leisurely walk without proper documentation explaining where you are going and why. No businesses have been open outside grocery stores and pharmacies.

Needless to say, we’re hunkered down, and while existing in a confined space in Italy and not having any American culture or language at my fingertips, it has reminded me yet again of the importance of communication. Fede and I have a few barriers in our relationship, but the biggest is without a doubt language. Our native tongues are different. 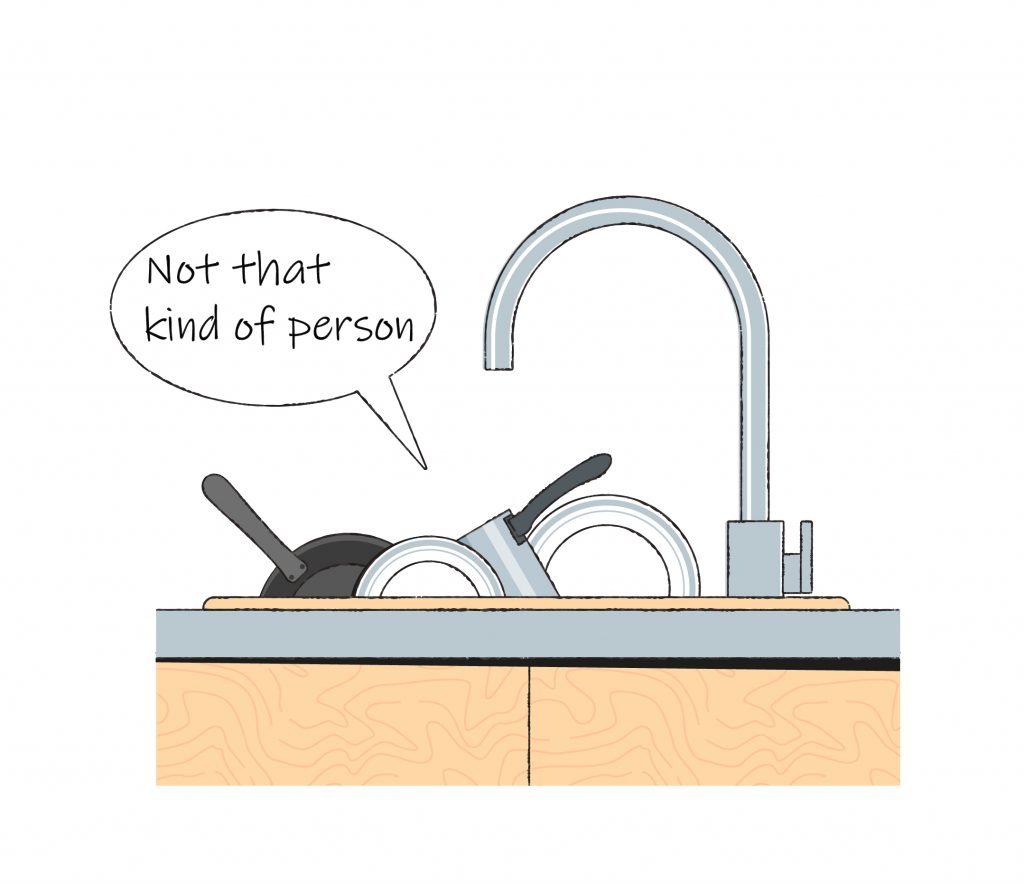 There are more than a few things that you don’t consider when you dive into a relationship with someone who lives in a different country. Or maybe that’s just me. Perhaps, most people are more rational and prudent when it comes to gambling with their heart, future, and well-being. You may consider communication. I never did, nor did I realize just how challenging it would be to learn a new language. I never thought I’d be walking up and down a grocery store aisle in Rome about to have a toddler-style body tantrum because I couldn’t find cottage cheese. I was in the land of buttery,

sweet, melt-in-your-mouth cheeses, yet I was about to go ape shit in aisle tre because I wanted watered-down curd balls from a little plastic carton.

At that time, I was still using my American sim card so I wasn’t picking up a signal in this grocery store. Unable to use an electronic translator, I was going to have to communicate with an Italian using only my brain. I knew cheese was formaggio. I wondered what cottage was. Like a little house?

Hmm, can’t be so far off. I turned to a customer next to me, and politely mimed cottage cheese, which must have looked like I was drawing little circles in the air and then spooning them into my mouth. How can that not look like cottage cheese? A better question is why would I attempt to mime cheese?

I then asked in my version of Italian, which somehow always comes off like a pilled-up version of Anna Nicole Smith, “Dov’è la piccola del formaggio casa” I later googled what I asked, and apparently I had said, “Where is the little cheese house?” The customer was dumbfounded and rightly so. But the truth is, I never thought that grocery stores would be stressful. Or ordering coffee would be embarrassing. I never considered what work would be like or that I would struggle to find friends. I dove headfirst into the adventure of Italian living without considering one obstacle. I was clearly in need of my Eat, Pray, Jana chapter that I made my own leap to a country where I found myself languageless, friendless, and honestly, a bit clueless. And if I didn’t consider these things beforehand, I certainly didn’t consider idioms ever being a problem. But they have been. The English language is filled with them. It’s in our casual conversation. Think about it. Just saying something like, “Hang in there.” That doesn’t translate. “Hit the hay.” “Wrap your head around it.” The Italian and English languages aren’t exact translations, so there’s a lot that gets lost and misunderstood.

Early in the relationship, Fede didn’t realize saying someone is “smelly” was actually negative. He would smell my hair or the skin of my neck and say, “Mmm, you’re so smelly.”

“But there’s not a word? Like tasty. The burger is tasty.”

“Yeah. But for some reason smelly is bad. I guess you could say fragrant, but no one says, ‘you smell so fragrant.’”

Although these little language exchanges are funny, some can be the cause of bigger eruptions, and living with someone in small quarters while you’re under house arrest at their parents’ house, no less, can definitely create some hiccups.

Two months ago when we relocated to his parents, Riccardia and Francesco’s house– gulp it’s been two months– we only packed a couple of duffle bags and my dog, Pittsburgh. Our apartment is located in a polluted and let’s say, more “real” neighborhood, and having to leave the apartment four times a day to walk Pittsburgh didn’t seem safe with the way the virus was progressing. We thought we’d ride ‘Rona out at his parents’ rather than our home. Less than a week later, the government mandated the quarantine. Mind you I packed for maybe ten days. Riccardia has been kind enough to lend me some clothes, so for the past two months, I’ve been wearing checkered leggings and very boxy floral button-down sweaters. 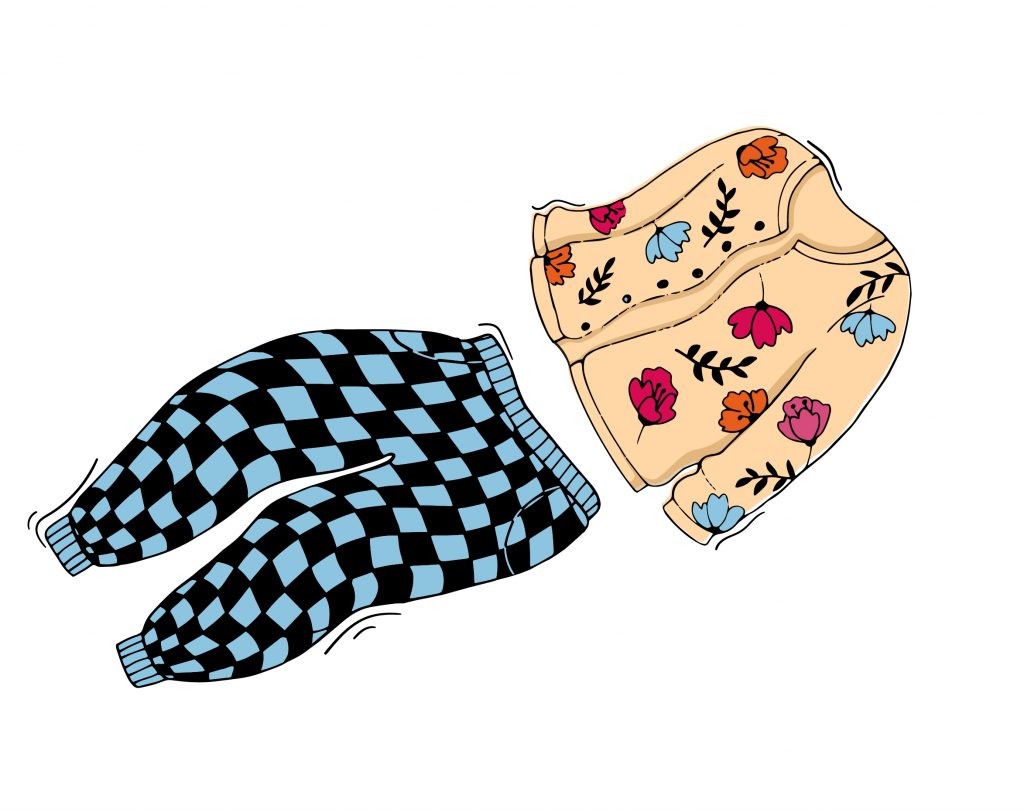 I remove the pillow from my face.

“Are you still hangry.” Fede always adds an H to the word angry. It’s very hard for me to differentiate when he says hungry or angry. He nestles his nose in my neck. “Coffee or cappuccino?”

“No. Just coffee.” I’m pretty sure he meant hungry that time.

We’re staying on the second floor of his parent’s, which does lend us a bit of privacy, but not total. Look, staying with your own family during quarantine can be hard, but staying with someone else’s family when you cannot properly communicate is in a different category. Sure, we gesture to one another a lot. I speak incomprehensible Italian, and they’re kind enough to smile, but nine times out of ten they don’t understand a damn word I’m saying.

One of the most obvious differences outside the language is the level of politeness that I have to maintain. Even though they have insisted I make myself at home, I know they don’t want that. They don’t want to see me in my underwear as I rummage through the pantry and eat Nutella out of the jar while commandeering the living room to watch mindless television.

Here, not only do I have to keep my pants on, but there’s an unnatural degree of agreeability that I have to uphold. We have two sit-down meals every day.

I know. I know. Honestly, I know. I am completely fortunate, and I’m grateful. I have plenty of food, a roof over my head, and I am sharing the roof with lovely people. BUT, and it’s a big but, the American in me sometimes just wants to eat chips out of a greasy bag and call it a Tuesday.

In theory, having two sit-down meals a day is lovely. In reality, it’s a lot. If you’re doing that math, I’ve had 108 sit-down meals (in 54 days) and not just quick, little bites. Lunches and dinners are productions. There are tablecloths involved, water glasses, wine glasses (thank god), multiple plates for each person and there seems to always be an abundance of discussion. Dinners last well over two hours, every night. Not because there’s that much food to eat, but because it’s family time and you just sit.

You talk. You enjoy one another. It’s sweet, but again, the American in me, is like, didn’t we just do this yesterday?

whether it's a bit in the story or even a situatio

All that there is, is the present. Illusion or no

whether it's journaling, writing a story, developi

“August, the Sunday of summer” (MaK Cov). You

Graffiti dates back thousands of years, and it’s

happy birthday #jamesbaldwin thank you for your

An Argent Must Read: Happiness is a matter of prio