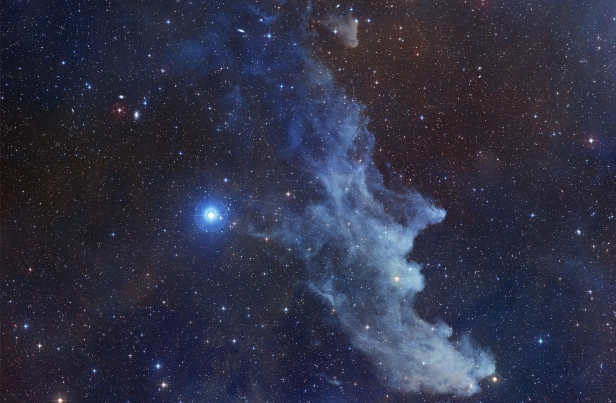 Genocide. Pandemics. Religious extremism. Grief. Interplanetary travel. Debut novelist Anne Corlett has managed to capture all these vastly different subjects in her upcoming novel The Space the Between Stars. With its elements of science fiction, heavily charged political undercurrents, and other provocative themes, the Space Between the Stars is all but guaranteed a following once it hits shelves on June 13th.

A highly volatile infectious disease sweeps through the galaxy, killing everyone it touches within two days of making its presence known. One patient, Jaime Allenby, wakes up on day three somehow alive and completely and utterly alone. A distorted message from Jaime’s home planet, Earth, gives her hope that she isn’t alone in the universe. Jaime learns that the place she was once so desperate to escape has become an unreachable haven.

The Space Between the Stars offers symmetry between an enjoyable read and thought-provoking subject matter. Where it falls short of appealing the to science fiction fans, it’s bound to act as a segue for fiction lovers easing themselves into the sci-fi genre.

Soon Jaime finds a motley crew of survivors, and boards a spaceship on a journey across the galaxy. As they get closer to the mysterious causes of the illness become known and humanity rears its ugly head. Despite the relative closeness of her home planet, Earth seems to be getting further away with each exposed secret.

The Space Between the Stars is ultimately a genre crossover classified as science fiction. While rife with the makings of a full-fledged science fiction epic, that aspect of the novel has been tamped down to make way for Jaime’s personal story. This approach has caused a certain level of disappointment with early readers expecting something more akin to Orson Scott Card. Alternatively, the novel appeals to sci-fi newcomers and fans of Joss Whedon’s cult classic Firefly. 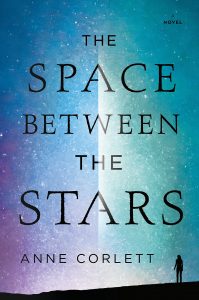 The disappointment stems from Corlett’s ability to sketch out the structure of an exciting sci-fi world, without filling in the rest of the lines or adding the color. As such we’re left with a rough draft of science fiction with a thirst for more. However, to develop the world to its full extent would have substantially lengthened the novel and drawn focus away from the main plot. Perhaps it would have appealed less to the general masses who aren’t as intrigued by the inner workings of science fiction.

So we’re left wondering about if other life forms were discovered on these other inhabitable planets. How were they discovered? How were they developed? What technology is allowing these ships to travel across the endless expanse of the airless void that is space? How are they able to travel such a great distance in such a short amount of time without the time-warping impacts of physics? While these questions have for the moment been left unanswered, we must defer to Corlett’s goals as an artist and keep our fingers crossed that she revisits her world in the future.

Instead of focusing on the finer points of the future of space travel, Corlett instead chose to take on an array of different societal issues that closely mirror real past and present happenings here on Earth. On Jaime’s Earth, people were classed and tattooed in accordance with their socioeconomic standings. Citizens of the lower echelons were forcibly emigrated to other planets when Earth became overcrowded. Jaime– a first-class citizen– left earth in protest during that tumultuous time. References are made to Hitler, notorious despite being a part of ancient history. We witness as this ugliness comes to a head amongst the survivors after the fall of civilization. While Corlett may not have the words or understanding with which to explain interplanetary travel comfortably, she certainly has a profound knowledge of human nature.

Anne Corlett’s book takes a unique approach to the pandemic theme, in taking the destruction from a worldwide event to a galaxy-wide phenomenon. The story capitalizes on the current trend of dystopian novels but leads us right into the thick of the apocalypse rather than the society that pieces itself together afterward.

Rather than a before and after, Corlett offers her readers the gift of front-row seats as the story unfolds. While there are glimpses of the characters’ pasts, and endless speculation about their futures, thinking outside of the present is quite literally limited by the space between stars. There’s no room for planning when so much is left unknown.

Jaime Allenby is not a likable character. She’s cold, impatient, temperamental, and self-centered. However, it quickly becomes apparent that Jaime isn’t meant to be instantly likable. She’s strong, she’s guarded, and she’s survived worse than the end of the universe. As Jaime’s story develops, she does not grow more affable, but certainly more understandable. With Jaime, Corlett explores the lasting impact of grief; how it molds us, and how it defines us long after the tragedy has passed.

Many of the authors who delve into apocalyptic and dystopian themes tend to include one key element throughout their stories: hope. The Space Between the Stars is no exception. However, Corlett has managed to balance this sense of hope with an equal sense of dismay. This technique sets her apart from her peers. As readers progress through the story, the hope seems fragile and unfounded. There is no sense of comfort that the characters will get their happy ending. While some of the events and twists are ultimately predictable, the ending is not. Prepare to be wondering until the very last word.

The Space Between the Stars offers symmetry between an enjoyable read and thought-provoking subject matter. Where it falls short of appealing to science fiction fans, it’s bound to act as a segue for fiction lovers easing themselves into the sci-fi genre. One can only hope that Corlett will revisit this world in the future and build upon the foundation she’s created. In the meantime, Corlett has an extensive list of successful short stories worth exploring.