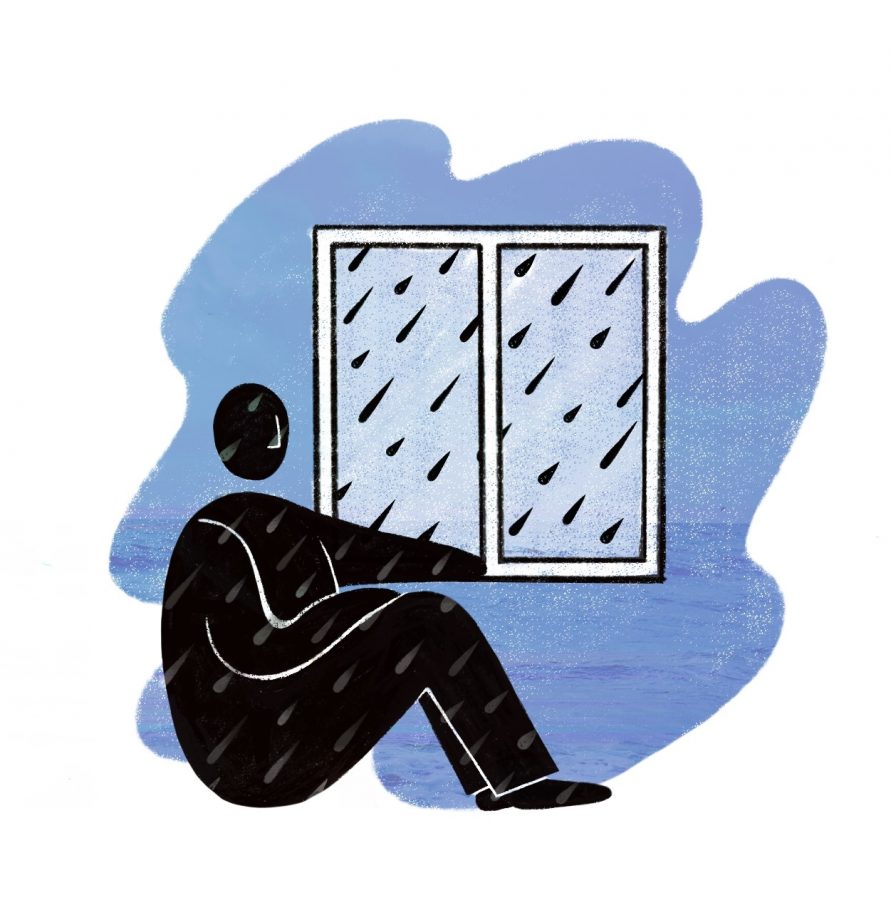 Before the world had badass CGI Dragons, commercial-free streaming and online alter egos, I think Gabriel García Márquez gave us violence and incestual romance—prior to its rise in pop culture and porn categories. Haruki Murakami made isolation cool before quarantine allowed us the time to binge watch every long-standing series, and even potentially “finish” Netflix in our socially distanced Macondos. Me, in my tower, my third-floor apartment in southern suburbia, and you, wherever you are. I inhabited the disconnect long before there was only the illusion of company amongst my many selves holed up in my tower. I feel suspended; stagnant. Enveloped in a sadness, almost purgatorial in nature, that quarantine has made tangible.

Like Márquez’s generational phantoms, I am stuck between the here and now, and the hereafter.

Between societal demands and personal growth. Between who I am and who I want to be. In a veil that is both transitory and a tar pit. Time and space made up of interdimensional clouds that hold human history but that do not really exist at all. A place made up of torrential rains, endless insomnia, and memories without a fixed timeline. My soul like dust in an airless room, hovering in a sunbeam.

Quarantine is no longer just a hand-held horror movie, and pandemic is no longer just an apocalyptic word used in dystopian narratives played upon by major television networks. Looking back, I realize I took isolation and loneliness as synonymous; but hindsight’s 20/20, right? This is like living one of those crazy never-gonna-happen hypotheticals that announce itself in large, amiable gatherings, parties with friends and family, and appears on long Facebook posts that promise ill fortune if not passed on. Questions of insight concealed in jest that reveal incontrovertible truths about a person’s character. 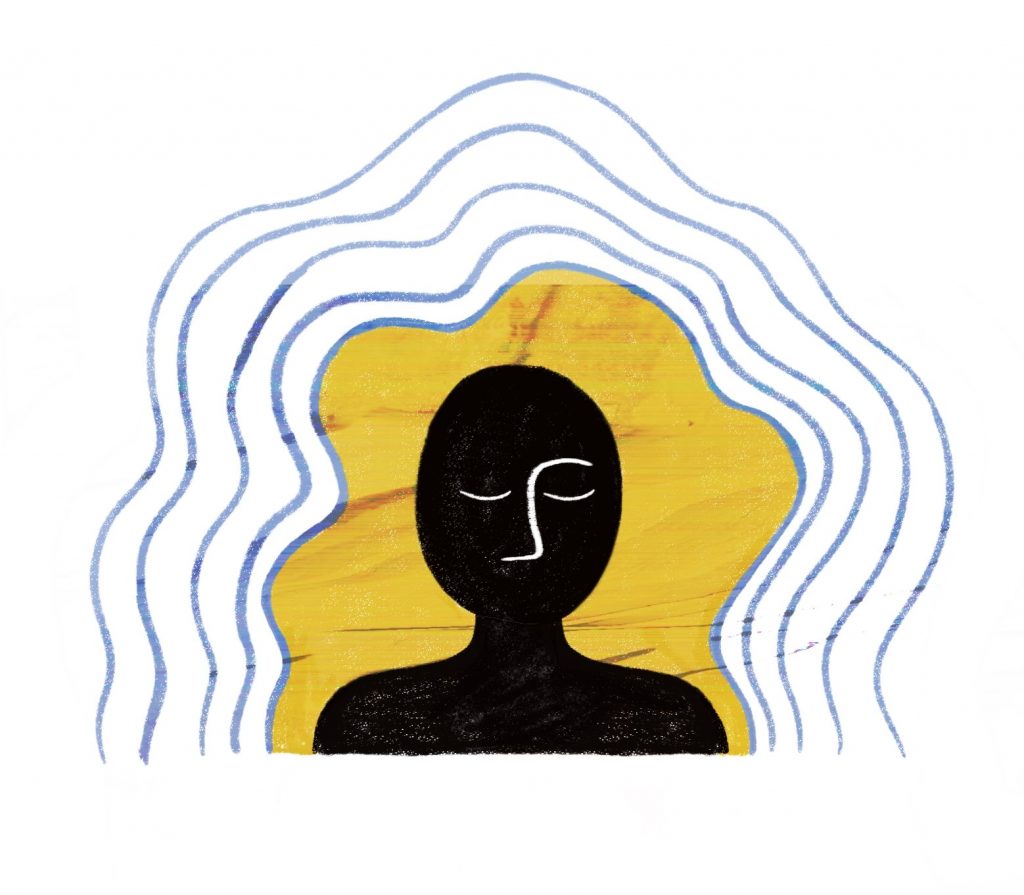 Consider: what would you do in a zombie apocalypse? If the answer is, say, go out to the woods and try to survive off the land, you are probably a decent person. If the answer is along the lines of taking over a Costco and building a guarded armed fortress, I am thinking you are probably a people–eater. Hypotheticals aside, this does feel like the end of the world and has for a while. Unfortunately, this is the most CDC-approved contact we should be having, screen to screen, page to page. Communicating through cell phone signals, tweets, live feeds, and Zoom calls that go slipping with libation number X. Between media banners on meat mandates and toilet paper, 5G radiation, UFO footage, public outrage over economic avalanches, and news coverage on a single salon owner, I can’t tell what the fuck is going on. The death toll seems overshadowed by political agendas and media frenzy, and for some reason, no one seems to care. It infuriates me that amongst so much progress we still cannot seem to take care of, or collectively care about, our people. The only news I am getting is there’s no such thing as altruism and that money trumps all.

I have been leaning on Márquez and Murakami heavily lately, needing now, more than ever, a little magic in my reality. Part of me wishes I could ride this quarantine out in ignorance, in real isolation. As if I could pass time like six months in Dance, Dance, Dance, leaving the house for only short periods of time, by choice and under better circumstances of course. Consuming no news, no television, curbing all movies and books, turning off all music. Inflict upon myself a pure kind of isolation that treats new information as evil. As they say, the opposite is bliss. If I could avoid current events, political chaos, BuzzFeed articles, all social media outlets and the entire infamy of the internet, I might not be as angry at myself and everyone else. I wonder how I would feel if all I saw was the razzle-dazzle, the confetti they throw in our eyes.

Instead of focusing on my anxiety and overall harboring anger at humanity as a whole, I have been trying to keep busy. Finding myself, like many of us, getting to those projects I put off if-only-I-had-the-time. I set up a routine amongst natural variables: time, interrupted sleep patterns, and days of complete lethargy. Mornings for me start around seven, a habit left over from work that I wish I could shake. Coffee next and a little breakfast, turn on the news, go through a couple of different sources. All of which appear in contradiction with themselves and with each other; with no clear connection between morality and lawfulness.

Back and forth across the screen. I will sit there, drinking my coffee, seemingly unscathed by all this. Feeling both guilty and grateful that my problems are trivial in comparison to these tragedies. All the while wondering what the fuck is wrong with all of us? Thinking just a few months ago we were watching conflagratory currents eat up our countries: crowds of people killed by villains rather than viruses, and viral videos of human atrocities that have made us all black mirror bystanders. 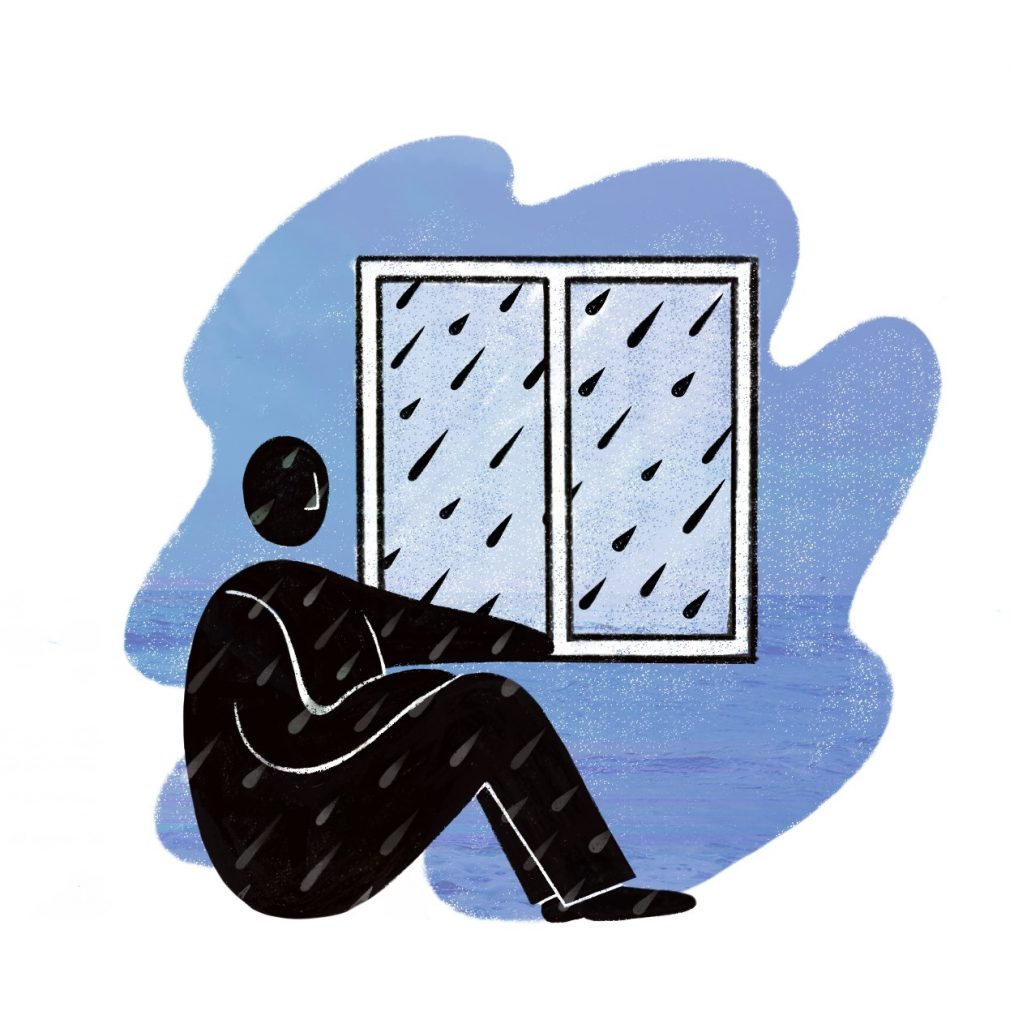 I can only watch for so long and usually find myself in a worse mood than when I awoke. I’ll do a little home-workout, shower and put on my quarantine outfit. I have been pretty consistent on black leggings and a loose, thin, chambray button-up that makes me feel like a character out of Jurassic Park, oddly comforting in a nostalgic way. I’ll do some tidying, dishes, laundry, vacuum, and whatever needs to be done. Tend to my patio plants and do some office work. Currently under unemployment, my focus has shifted from surviving off forty percent of my normal pay, to the realistic preservation of the service industry. Fretting over available hours, possible income and patron traffic over the next few months, wondering what “new normal” is supposed to mean in this impending pandemic. Even in the lucrative food and beverage industry straight out of Updike’s Rabbit is Rich, which for the record was spot on, there is no accounting for what is to come.