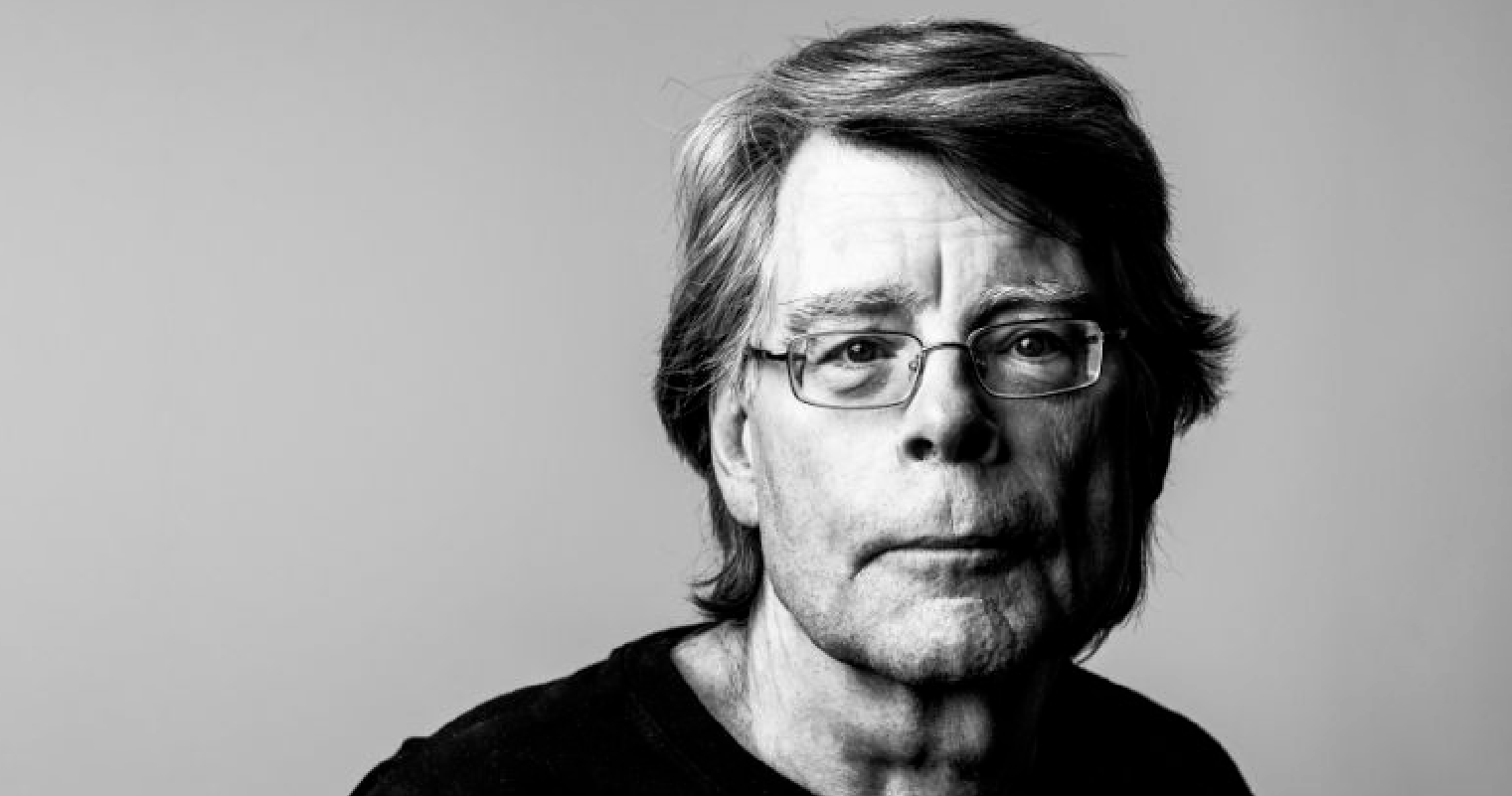 The name Stephen King garners a variety of reactions, ranging from “I love Stephen King” to “I don’t read horror.” Rarely is the response “Stephen King? Who’s that?” Horror is the least successful genre in regards to sales revenue worldwide by a substantial margin. In 2014 the horror genre brought in 79.6 million dollars in revenue (Statista). Next to last was sci-fi and fantasy, with 590.2 million dollars in revenue.  With these numbers in mind, how has Stephen King managed to become one of the top 20 bestselling fiction writers of all time?

A portion of Stephen King’s success is a result of his stunning momentum. After initially having been rejected by thirty publishers, King’s Carrie was published in 1974 and Signet Books’ paperback rights to the novel suddenly earned the struggling teacher $200,000 (which just goes to show you you should never give up). Salem’s Lot followed in 1975. The movie adaptation of Carrie became a major box office success upon its release in 1976, the same year the novel The Shining hit the shelves. In total, King has published nearly 70 books since 1974, not including screenplays, audiobook recordings, graphic novel adaptations, or any of the various side projects he would have had to review and approve. What can we deduce from this information? First, Stephen King is a busy man. Second, we see that there is little lag time between projects. The man who calls his fans Constant Readers is constantly working on something for them to read.

Not long ago, King took part in a discussion panel moderated by George R. R. Martin. Martin asked King, “Do you ever have days when you write a sentence, then hate the sentence? Then you check your email and wonder if you ever had any talent after all and maybe you should have been a plumber?” to which King replied with an amused “No.” King has confessed to writing 3-4 hours each day and is seemingly never without inspiration (as an aside, you should probably stop holding your breath in anticipation of Martin’s The Winds of Winter being published).

In his crossover memoir/ writing guide On Writing, King tells the tale of hanging all his writing rejections on a nail in his room. He eventually collected so many that the nail ripped out of the wall, resulting in King procuring a larger, longer spike. On Writing is a non-fiction learning tool that reads like a novel. It’s filled with anecdotes from King’s youth and technical writing advice. In these pages, King reiterates the importance of practicing your craft, fueling your mind by reading, honing your grammar skills, and being unashamed of rejection. Not only are the skills practical and sensible, but the very tone of the manual speaks to King’s skills as a writer. King not only comes up with incredible stories—a skill that can never be taught—he conveys them in such a way that makes the story pleasurable to read. Many great stories have been lost due to poor writing techniques. King manages to juggle both, ensuring his continued success.

Perhaps the most significant—and often overlooked—reason for Stephen King’s success is the heartwood of his stories. At their core, King’s novels are not about the monsters; they’re about the people. King explores human nature in the face of adversity, whether that’s a world-ending virus and an epic battle like in The Stand or an inexplicable barricade trapping everyone in town that we encounter in Under the Dome. It’s not the thing causing the problem that makes the story; it’s how people react as a result.

The Dark Tower saga opens up the door to the idea of multiple worlds. While some of these worlds are vastly different, many are nearly identical except for minor inconsistencies. As you read more of King’s work, you begin to see the tendrils of the Dark Tower multiverse weaving through the pages of seemingly unrelated stories.

King’s ability to create Easter eggs and crossovers with varying levels of subtlety has both a creative and economic function. From an artistic standpoint, it gives the reader a sense of connection and reality. In one Dark Tower world, we discover that Coca-Cola does not exist. In its place as one of the most recognizable soda brands is Nozz-a-La Cola. We later see Nozz-a-La soda in a few of King’s other works, a hint that these stories are not taking place in our universe. Nozz-a-La is also referenced in the show LOST, but that’s a whole other discussion entirely.

In addition to intertextual references to products and catchphrases, there is also a plethora of character crossovers. These character crossovers are often brief cameos that provide the reader with a dose of nostalgia. In a few cases, the crossover characters play a significant role, especially in books tied to The Dark Tower. We also see appearances of some of King’s more prolific monsters in other stories, including the works of his son, author Joe Hill.

Crossovers are often used in the comic book world (of which King is an avowed fan, having co-written and published comics and graphic novels recently), and when not taken too far can serve to keep the readers interested and engaged by infusing continuity to a collection of seemingly unrelated or loosely related stories or characters.

From an economic standpoint, the world-building is pure genius. Avid readers yearn to know more about their beloved characters and crave the backstory behind their favorite adventures. As a result, they buy more books, and King is able to continue making a living as a writer.

Refusal to be Pigeonholed

In the forward of his short story Drunken Fireworks, King tells a tale about an ordinary visit to the grocery store. During this trip, he is confronted by a fellow shopper who recognizes him but is not a fan. The woman tells King that she doesn’t like his dark style of writing; she prefers uplifting stories like The Shawshank Redemption. When King informs this stranger that he also wrote that story, she scoffs in disbelief and abandons the conversation.

This tale—and the story that it precedes—are clues as to why Stephen King is so successful despite the limitations of his genre: He is not bound by them. While his breakout novel Carrie and subsequent early successes are fueled by his passion for the macabre, other works like Dolores Claiborne, The Eyes of the Dragon, and The Dark Tower Series could be classified as other genres entirely.

One may argue that some of these books have elements of horror, but the same argument could be made when the Fellowship of the Ring experiences the dark chambers of Moria in Tolkien’s classic trilogy The Lord of the Rings. Classification of a novel— should it be classified at all— should pertain to its overall story, not scenes with blurred lines or the history of the writer.

Closely related to his refusal to be pigeonholed into a single genre, Stephen King has gotten further away from his horror roots with his publications of the last decade. One of his most prolific recent novels is 11/22/63, in which the protagonist tries to prevent the assassination of President John F. Kennedy. In this novel, the supernatural elements are used only as a vessel to transport us to a profound, suspenseful, and oftentimes touching story.

Another case in point is Mr. Mercedes. The monster of this story is Brady Hartfield, a human man. He commits his crimes without the assistance of supernatural powers or mythical entities; he commits them because he is evil in the purest most human sense of the word. If this book is classified as horror, then so is every murder mystery novel ever written. Furthermore, so is the evening news.

Critics and horror fans alike have made arbitrary comments about King losing his touch as a horror writer. Perhaps, after more than 40 years as a published author King’s writing is more reflective of his age and interests rather than fitting into the mold we expect of him. It’s this attitude that has contributed to his overall success.

It’s Not About the Monsters

Perhaps the most significant—and often overlooked—reason for Stephen King’s success is the heartwood of his stories. At their core, King’s novels are not about the monsters; they’re about the people. King explores human nature in the face of adversity, whether that’s a world-ending virus and an epic battle like in The Stand or an inexplicable barricade trapping everyone in town that we encounter in Under the Dome. It’s not the thing causing the problem that makes the story; it’s how people react as a result.

King’s stories are about the relationships that form in the darkest of times and the extent to which people will go to protect their interests. Some of the ugliest, most horrific monsters in King’s books are the people. The darkest, most dastardly of actions are carried out by humans. While some scoff at the offensive subject matter in King’s books, it’s unlikely that he’s written anything more horrific than what happens in reality on a regular basis.

On a lighter note, his stories also convey messages of hope and love. For every villain, there is a hero. The heroes may not save the day or live to tell the tale, and they’re oftentimes everyday citizens unequipped to deal with the situation in which they find themselves. However, they stand up for their loved ones. They keep fighting even when everything seems hopeless. They suffer and grow and sometimes they even live to fight another day.  Stephen King is a master at inventing hopeless situations and then instilling hope

It wouldn’t be an article praising Stephen King without also praising his fan base: The Constant Readers. Since his early days of fame and fortune, King has shown a deep, profound appreciation for those who take the time to purchase and read his work.  This humility and appreciation of his strong fan base is part of what makes Stephen King the all-around likable guy he is. As it is with all artists, the fans fund the fame.  The reason it feels like Stephen King is addressing you personally when he acknowledges a Constant Reader in his introductions is because that’s exactly what he’s doing. As the man himself once said: “You most of all Constant Reader. Always you.”