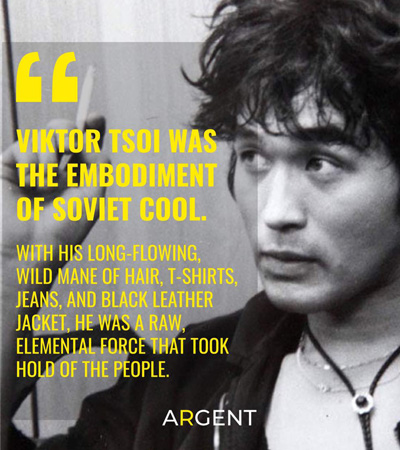 It is a strange thing — being the rotten American capitalist that I am — to harbor a deep nostalgia for Soviet era cool (not to mention I never once stepped foot in Russia during Soviet times). But I do, and I’ll tell you why.

In some ways, the aspects of Russian culture I most identify with are the emotions, these remnants of the Soviet underground. The raw sincerity of artists like Viktor Tsoi who believed in a post-Soviet Russia that never came to pass, for a variety of reasons.

Perhaps I feel most deeply about these things because the U.S. currently faces similar issues to those faced by Russians that lived during the Soviet era. It somewhat pains me to write, but in the West, there has been a sharp and alarming move away from authentic, individual artistic expression in favor of — at various levels of society — politically correct narratives controlled by social media echo chambers, one-dimensional publishers, and money hungry media powerhouses that all-too-often display a decided lack of journalistic integrity.

In an era when governments and media conglomerates are becoming more and more massive, their tentacles extending outward globally, it becomes increasingly tedious to sift through a ponderous 24-hour media cycle and a seemingly endless flow of information to actually find something resembling an authentic and accurate representation of reality. Much less something spoken true, from the heart, and which has the power to change our very being. Certain authors carry with them this ability, however, as well certain musicians. Viktor Tsoi was one of them. He was a force that motivated the masses to explore change and freedom — things that our hearts all so desperately long for.

Americans can learn a lot from Viktor Tsoi and Soviet counterculture. 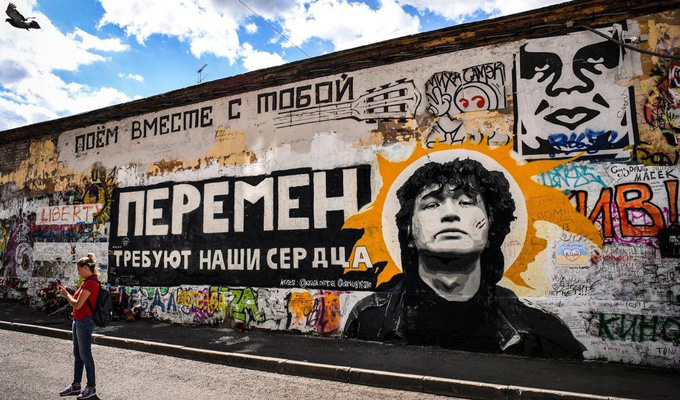 In my opinion, Viktor Tsoi has as much ability to move and capture the heart of Westerns as, perhaps, nineteenth century Russian writers have, even though we are far removed from the socio-political and cultural eddies that flowed during these periods. And though the cultural milieu of writers and artists living during these different epochs is separated from us today by a wide gulf filled with historical and political evolutions and revolutions, language and cultural barriers, and of course the plodding, steady forward-movement of father time, I do think it is important to reflect on the cyclical and even reincarnated manifestations of ideas and movements that seem to play out, over and over again, irrespective of cultural or regional backgrounds.

For me, there are cultural developments in the West that in many ways mimic the revolutionary and anarchic movements of Russia’s not-so-deep past. This bears close observance if we wish to avoid the tumultuous breakdown of society and disarticulation of established cultural norms that Russians were forced to accommodate for much of the twentieth century.

But I digress. Back to Soviet counterculture…

It is in the Soviet counterculture that one at last comes face to face with the mysterious Russian soul. 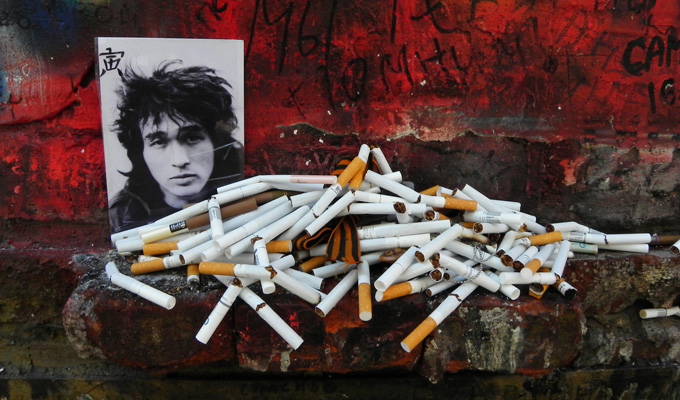 And in gazing intently upon it, one sees reflected the creation of art that imitates life in unique renderings. Soviet era counterculture came from the underground, the people; and often times it is here, under all those decades of oppressive Soviet rule and censorship, that we find evidence of the dynamic, resigned, original, and indomitable Russian spirit.

This is the part of the Russian spirit that encourages one to share the last rusk of bread and shots of vodka with comrades. To keep the moment going because—in the very bleakness of life—there is nothing more important than the here and now.

Viktor Tsoi was the embodiment of this ethos of artistic self-expression. With his long flowing, wild mane of hair, t-shirts and jeans and black leather jacket, he was a raw, elemental force that took hold of the people. Like so many that inspire, his energy was intangible and undeniable. And man, he was in it for the art. His aesthetics highlight the real meaning of existence, which is so often dreary and monotonous and hinges upon the simple things; like whether or not you have an extra pack of cigarettes stashed away in your pocket.

I find Tsoi’s music to be especially relevant today. Never overtly political, Tsoi still manages to captivate those looking for honest truth in their governments and political leaders. Take his song Blood Group (1986), for instance. It touches on the Russian Afghan War and had students chanting its lyrics in dorm rooms across Russia in 1988. When Russians took to the streets to protest the government in 2012, they again turned to Tsoi, this time using the song Peremen (Change!) to best represent their feelings and the will of the people.

People have said his lyrics are contemplative. This is true, but less important than many assume. What Tsois’s lyrics represent are an affirmation of life; an affirmation that encompasses both the simplicity and complexity of it all. Simple hopes, simple dreams. People during these times struggled for freedom: freedom to do and think and say what they pleased, without fear of reprisal. In today’s terms, they feared being cancelled for a misspoken word or action that did not necessarily fit neatly within the Soviet cultural worldview. Is any of this sounding familiar?

More than anything Tsoi was able to tap into the overwhelming ennui of the Russian people and lifestyle. His lyrics made sense and resonated because of their portrayal of what was, what life amounted to, and what was important when freedoms and self-expression become limited.

There is a feeling, a set of complex emotions, that travel and move along with the lyrical flow of Tsoi’s subtle and scratching voice. It calls to mind the artist’s need to find beauty in the ordinary, the desire to breathe life into the mundane, and in so doing reach a higher truth; a truth that speaks to us and our desire to make meaning of our lives.